The Dog Gateway was firstly developed in 2006, mainly with research purposes. It was targeted at a single home automation technology and had the goal of showing that advanced interaction with home environments was possible. This first version was named BCF, from the italian words for “it just works” (Basta Che Funzioni), to further highlight its transient nature.

From 2007 to 2014, the Dog Gateway has been developed and improved embedding more features, integrating new home, building and industrial automation technologies, providing a single uniform device abstraction layer based on Semantic Web technologies (the DogOnt ontology). In these years, 3 major versions have been released, the 3.0 being the latest.

The Dog Gateway development team is striving to improve and enrich the gateway day by day, and as result of this effort, several new features are currently on the way such as: integration of EnOcean devices, Philips Hue interoperability, Android example apps, etc.

We are actively involved in some European and International standardization activities in the smart energy metering field, and we aim at readily support and integrate the upcoming OSGi device abstraction specification. We are seeking volounteers to contribute to the project in order to boost its adoption in commercial products, research projects and DIY solutions.

We are an heterogeneous team of developers either working as postdoc researchers at the Politecnico di Torino, or as researchers at the Istituto Superiore Mario Boella. We carry design and development activities in our spare time and, when possible, during normal working hours (if the designed/developed feature is part of a research project). Dog benefits also by the work of several contributors, working in different companies.

Dario Bonino
Researcher at Istituto Superiore Mario Boella (ISMB). He received his M.S. and Ph.D. degrees in Electronics and Computer Science Engineering, from Politecnico di Torino in 2002 and 2006.

Luigi De Russis
Postdoc research assistant in the e-Lite research group at the Department of Computer Science and Automation of Politecnico di Torino. He received his M.S. and Ph.D. degrees in Computer Engineering from Politecnico di Torino in 2010 and 2014. He was a department editor for the ACM student magazine XRDS up to December 2013.

Fulvio Corno
Associate Professor at the Department of Computer Science and Automation of Politecnico di Torino since 2002. His current research interests include the application of Semantic Web technologies to information systems engineering, the conception and design of Intelligent Domotic Environments, and advanced multimedia and multi-modal interfaces for alternative access to computer systems. 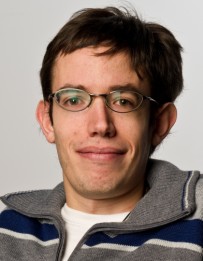